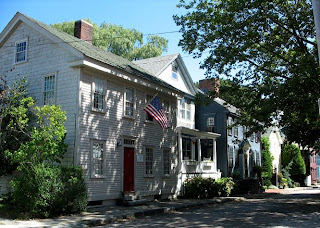 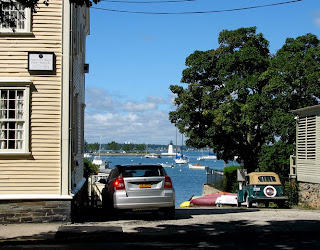 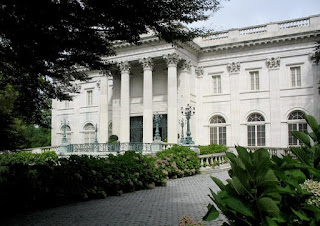 We have been to Newport to see the famous mansions any number of times, but usually miss some of the lesser visited ones, since they tend to be open on a shorter season, and we usually don't get to Newport during the peak of summer.

But we had the chance for a mid-week getaway, and went to Hunter house (eighteenth century architecture and furnishings), Kingscote (Gothic revival cottage), and the Isaac Bell house (shingle style).

In addition, Marble house had a special exhibit, where many of the artworks originally installed in the "Gothic library" were on loan and displayed in their original places, just for the summer.

We also enjoyed a walk around the early part of Newport, still chock-full of eighteenth century buildings.

See http://www.newportmansions.org/index.cfm for more information.
Posted by FortHill at 11:12 AM No comments: 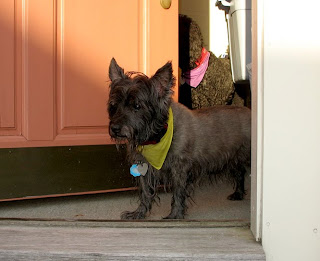 We finally had to say goodbye to Mr. Rufus, our Cairn terrier.

Rufus arrived in 1998 under the auspices of Jan, the fairy dog-mother. Since we were concerned about acclimating a new dog into the existing household (particularly with Clayton, the West Highland terrier), we decided they should first meet outdoors. They took to each other immediately, romping and wrestling, until both were covered in mud from the melting snow.

All dogs have their own personalities, and Rufus was no exception. But unlike the others under our roof, he was the only one confident that he was in fact, a dog, and was thoroughly happy with that role. There was a look on his face of utter disdain for the others when he saw them acting in a non-canine manner, as if they were an embarrassment to their species.

One of his greatest joys was spending time in Maine, where he considered himself the chief dog of Wiscasset. He would demand to be escorted around the village several times a day, and if the wind and tide were right, to wade in the harbor and snap at the waves.

His final weekend in Maine included a day resting on the grass in the sun, and a final circuit of Wiscasset to let all the dogs in the village know he was there.

He was a tough old man of 14, but we began to notice his physical failings (as well as those we pretended not to notice). So on Monday, we had to make that same sad decision we never get used to.

His final decline was sudden, yet graceful. His time had come, we were with him, and he went without a drawn out series of procedures and treatments, and without the humiliation of incapacity.

Goodbye Mr. Rufus; we will always remember you.
Posted by FortHill at 10:13 AM 1 comment: 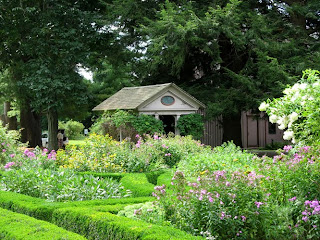 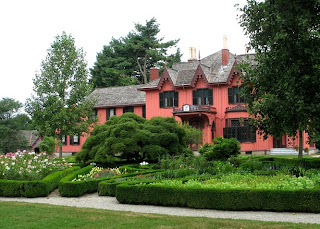 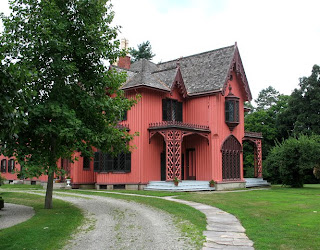 We came home early from Maine due to dog issues, and since the weather was so nice on Saturday, we wanted to do something. We had not been to the Bowen House (Roseland Cottage), in some time, and since it is less than an hour from home, went for a visit. This was the first time we have been there when the gardens were in full flower, and since the house had been repainted the vibrant, 1880's color.
The house is a wonderful example of Gothic revival, and this area of Connecticut (known as the "quiet corner") is always fun to visit. For more information, go to:
http://www.historicnewengland.org/historic-properties/homes/roseland-cottage