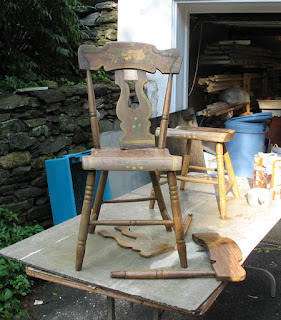 As you have probably heard over and over again on Antiques Roadshow, "Never remove the original finish/decoration from antique furniture". However, in the real world, the decision is more nuanced than that. In this case, I was given three mid-nineteenth century chairs. They had seen hard use, but retained some of the original decoration.

The problem is, they are not particularly attractive or significant examples, and while somewhat charming, they were essentially "factory products", akin to Victorian "cottage furniture". Not really usable as is, and good candidates for re-decoration. Fortunately, the one with the worst structural issues was also the one retaining the most decoration. I have decided to clean and slightly refurbish this one, keeping as a document of the original decoration.

The other two have gone onto the stripping table. They will be readied for reassembly and painting over the winter (when they will have recovered from this summer's extreme humidity). Will follow up with progress at that time. 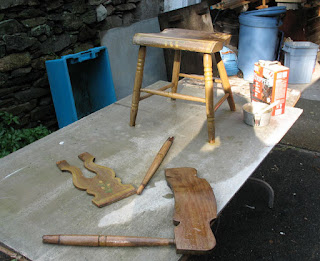 Note to self: In the future, do not buy anything that needs stripping.

Things purchased for myself to "do something with" often sit in the garage for years. I finally decided that stripping and repairing this would at least have it ready to paint over the winter, when it is too cold to go outside with the heat gun and/or stripper.

This New England dressing or side table is a common form, and were originally painted. Over the years they either were stripped and varnished, or as in this case, done over with one of those "antiquing kits" in the 1970s. The heat gun removed the plastic-like top coat, and I used citrus stripper on the rest, which worked fairly well. I can see now that this was originally painted yellow, but there was no trace remaining of any ornamental painting, if it ever had any.

I will probably do something stenciled/striped, possibly on a red/salmon base, since I already have a yellow dressing table. 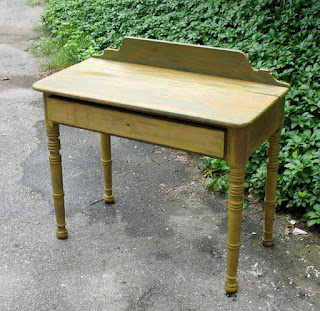 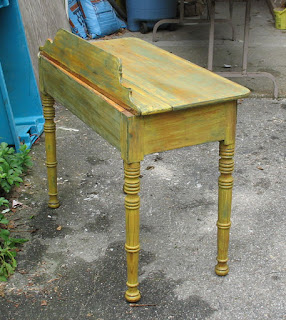 It's in the Bag

Since Mandy's primary occupation is looking for new ways to cause trouble, it isn't really newsworthy anymore. But the other day she got her comeuppance when she decided to steal a paper sack with an inconvenient (for her) handle. 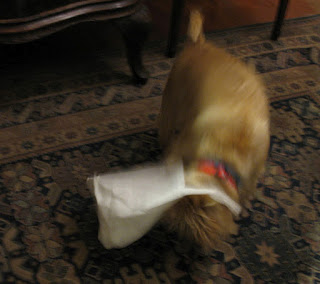 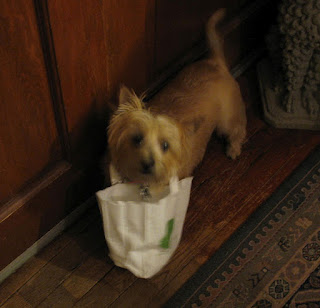 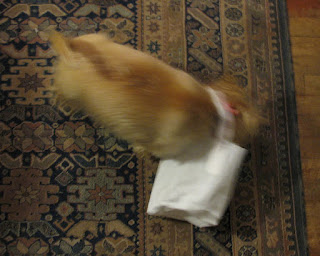 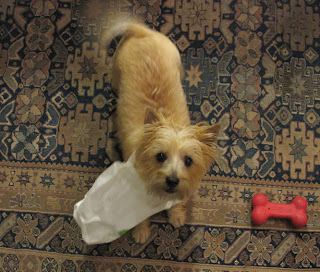