The house on Fort Hill Street in Wiscasset, Maine has been used as an antique shop, my workshop/studio, and for the past few years, the "last resort storage depot" for anything we didn't have room for at home. On the first floor there is one large double room that eventually became so filled with furniture, mirrors, boxes etc. that it was impassable. The other first floor rooms were not much better.

So, with the prospect of opening an antique shop looking less likely with each passing year, I made a resolution to clean out some of the stuff. This also meant cleaning a room that had not had a good going-over in several years. Many things I just did not need or want, some I was undecided about and felt that offering them for sale would take care of the decision-making, and many things were just fine, but not having an outlet meant they would just sit there.

"We haven’t been open, so it’s not a closing sale. We haven’t died, so it’s not an estate sale. And we may not get around to making tags, so it’s not a tag sale. But we haven’t had the shop open for a few years, stuff is piling up, and it’s time for a dispersal sale."

The sale went very well. It was nice to have old friends and customers stop by, new customers show up, and to have the premises looking presentable once again. And we have another batch of memories.

So, what's next with the Wiscasset location? I have a few ideas for next season..... 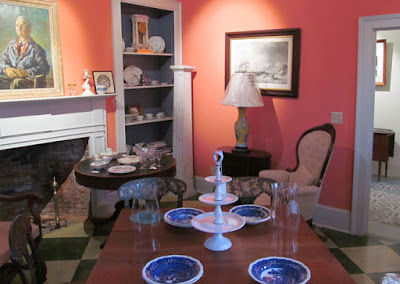 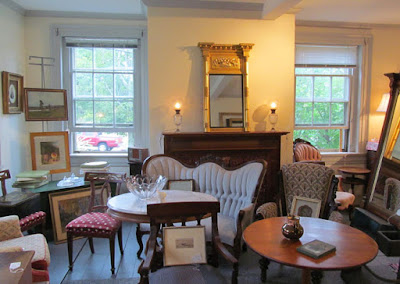 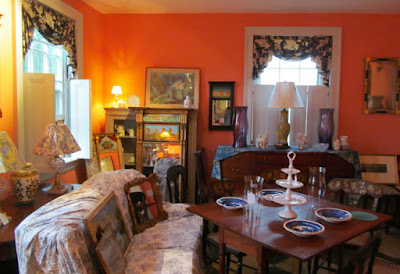 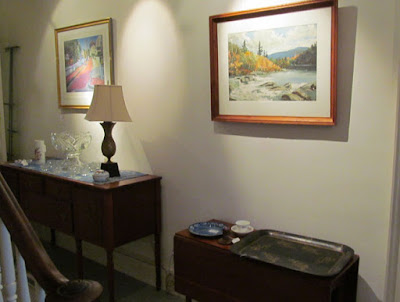 Posted by FortHill at 3:56 PM No comments: