I picked up this mirror about seven years ago, and never got around to doing anything with (yeah, same old story). Frankly, it wasn't valuable or attractive enough to warrant my attention. But as part of my resolution to deal with the unfinished project pile, I took it out for re-evaluation.

The outer border was interesting, with its all-over composition ornament resembling woven netting. There were a number of areas of damage, particularly at the edges where this was most vulnerable. It was also covered in the traditional "gold" radiator paint, and with a somewhat charming, but inappropriate painted panel in the upper section.

Rather than invest a lot of time and materials, I opted for a more decorative solution. The low value did not warrant using karat gold leaf, and an all-over gilding seemed like it would be too over-the-top.

The final effect is subtle, yet rich, particularly when the inner applique with its original, though worn gilding as put back. Once mirror plates are installed we are done! 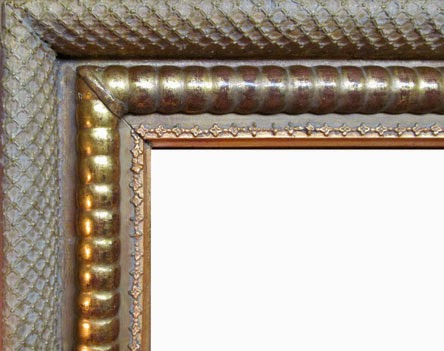 Posted by FortHill at 9:44 AM No comments:

The Snow Scene (In driveway and in watercolor)

As our horrendous winter draws to a close, the snow is melting rapidly (well, not that rapidly), and the scene changes with each day. I have been taking pictures, and the other day decided to sit in the back of the van (which was finally removed from its ice tomb) and do a plein air watercolor. I was intrigued with the partially covered flowerpots, and the shadows on the wall. I have taken many pictures, since the light, the shadows, and yes, even the snow level are all changing.

My first version, on a bright day, seems fresh and light, but not as exciting as I had hoped.

The day I was painting the shadows weren't as interesting on the wall as they are in the photo (also, some of these seem to look better on the computer than in real life).I'm sure I'll revisit this - maybe in the summer when I feel more nostalgic for the snow!

Posted by FortHill at 1:34 PM No comments:

A Mirror with "Female Complaints"? 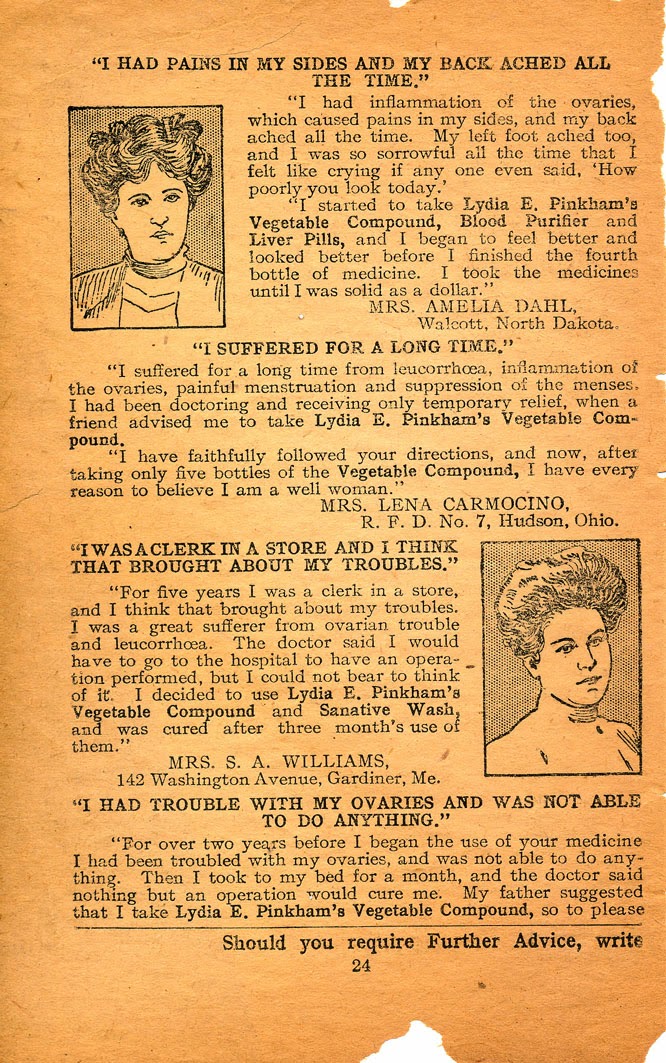 When dismantling an antique mirror prior to restoration, I found some pages from one of Lydia Pinkham's publications being used as backing material. There was no date, but it appears to be late 19th century.

Lydia Pinkham was, in her day, probably as famous as Steve Jobs. Her "vegetable compound" patent medicine was sold to help with "female troubles", that long-ago term for things that were not to be discussed around the men-folk. This seemed to be a pretty much all-encompassing category of issues. What efficacy it had is questionable, but the 20% alcohol content may have been part of the reason for its success.

Apparently there is still a product being sold under this brand name, but it appears to be blended and marketed as an iron supplement.

You can learn more about her here.

The factory was located in Lynn, Massachusetts, and is now home to artist studios and small businesses.

Another Reverse Painting for a Mirror

These small mirrors are fun to do. The reverse paintings were often these simple, folky scenes, and this one of the "cottage by a river" is pretty typical.

Typical also is the condition these panels are found in. In addition to general deterioration, there were earlier attempts to fix the painting. As we can see, these rarely turn out well, and replication is the better option.