These "vue d'optique" prints, usually perspective views of city scenes, were a late 18th century version of a 3-D viewer. Of course, they weren't actually seen in 3-D, but when presented in a device with a setup of mirrors (hence the reversed title) and lenses, the viewer had the impression there was something special. Remember, this is in the days before any kind of electronics or cameras! And since these were done prior to color printing, these black and white engravings were hand-colored to make them even more realistic.

Since they were produced in large numbers, scenes are numerous, and they are a 200 year old print category that was so plentiful, interior decorators used them by the dozen in the mid-20th century, not only framing them, but sometimes pasting them on screens, etc. They are still affordable today, but I hope worthy of a bit more respect.

For this one, "Vue du Ponte de la Concorde", I made a frame with applied composition ornament at the corners. After gesso and gilding, it was toned and distressed to match the age of the print. 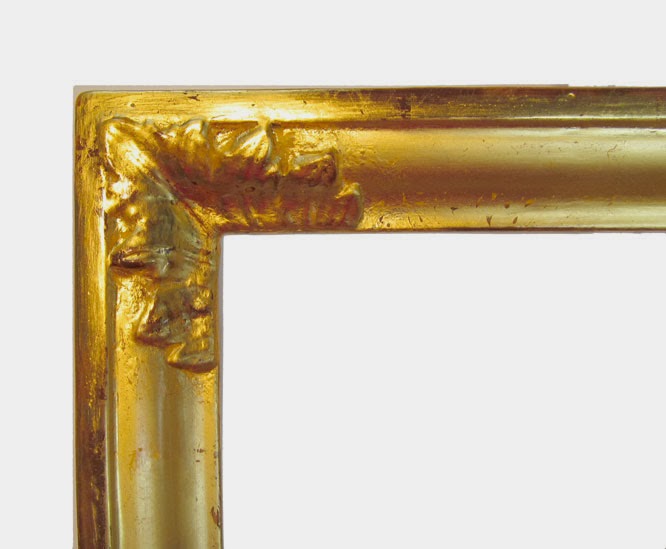 Posted by FortHill at 1:09 PM No comments:

Back to the Workshop

After a brief fling with spring-like weather, the cold has returned, sending me back to the warmth and comfort of my workshop (AKA: the cellar of doom). My attempts at organization are bearing fruit, and projects are getting worked on, and in fact, some of them actually finished! 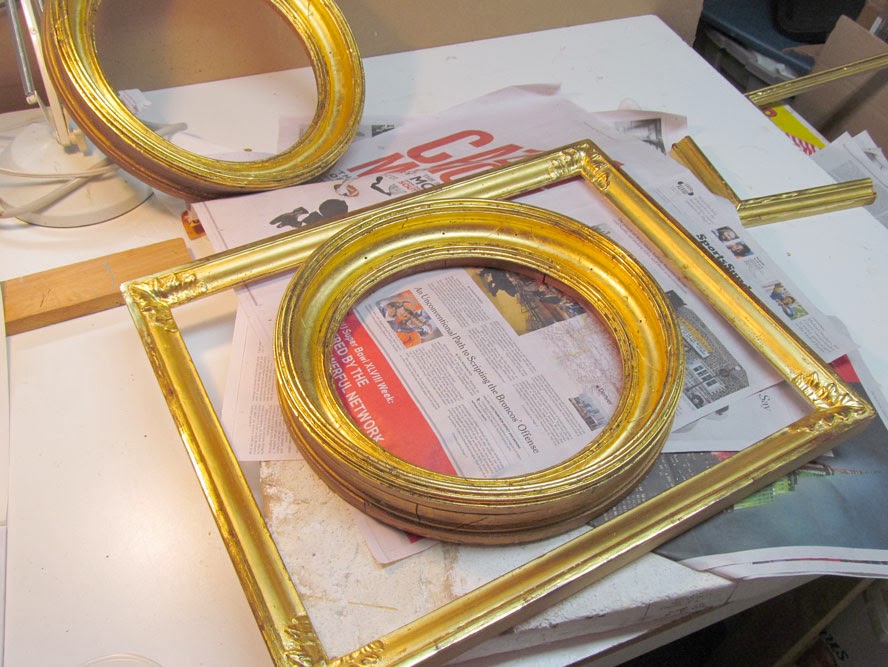 Some of these have been hanging fire for quite a while, so any progress is welcome. The pair of mirrors below were purchased several years ago, and since the work was not for a customer, the priority was pretty low. So, they came out of storage, they are now lovely, but alas, back in storage (at least for the time being). More about the restoration process can be seen here. 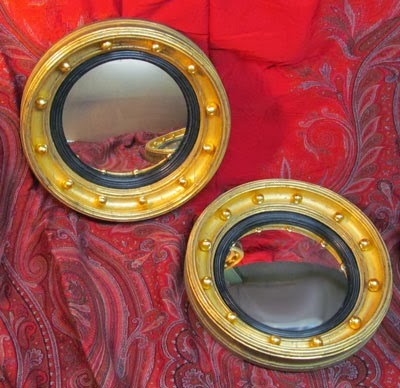 The feeder by the sunroom window has been active (as it usually is when I throw a few handfuls of seeds on the snow). The small birds (finches, I think) gather to feed, and just my shadow in the window is enough to spook them.

There are a number of cardinals about. The female was picking up food, and she doesn't look happy about it. 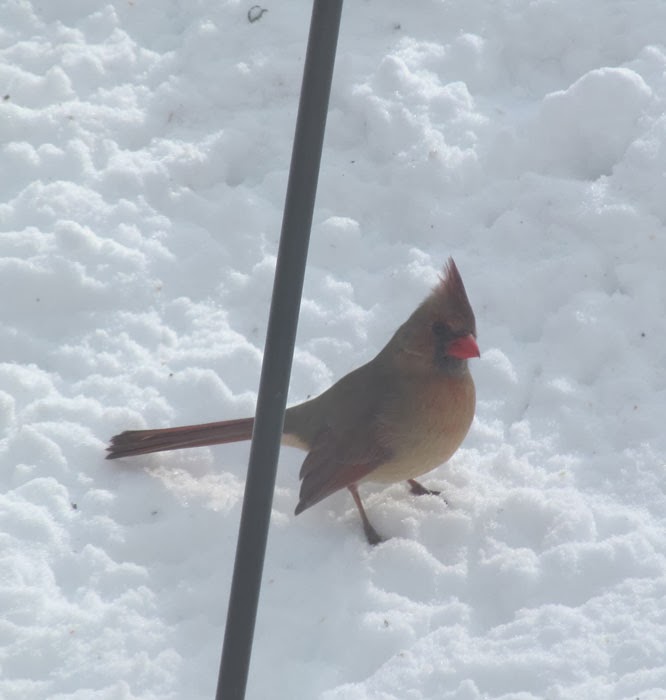 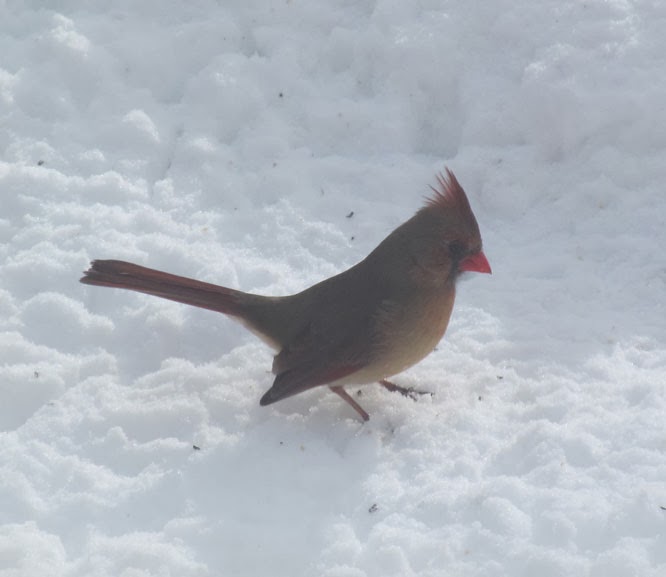 The male was hiding in the bushes, so I had to take the shot through another window (with a screen), so it isn't as sharp.. 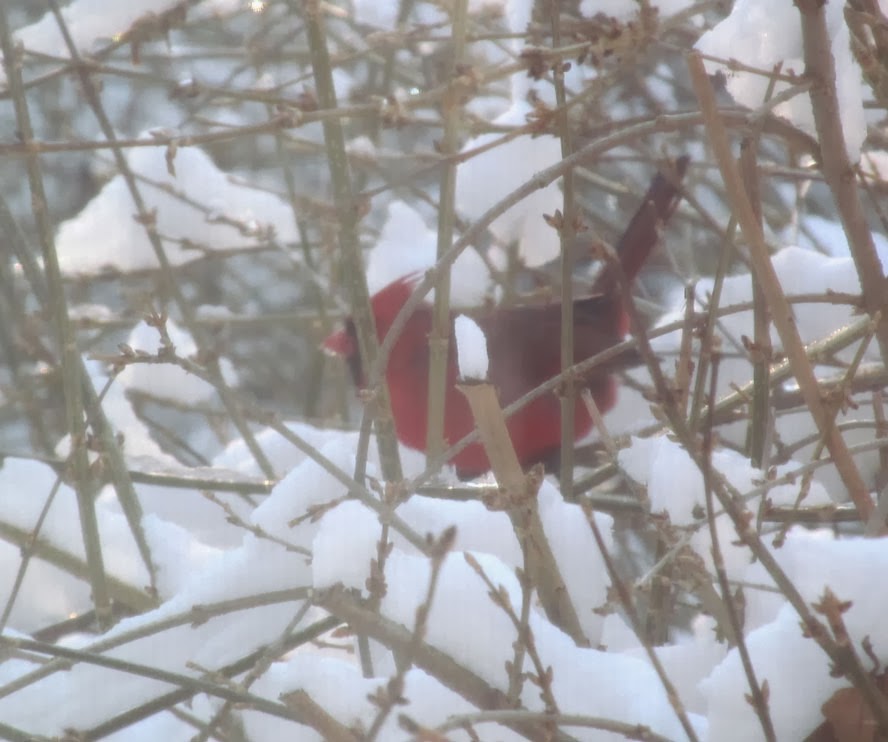 This appears to be a robin. I didn't realize they hung around over the winter. These are tough individuals to be making it through the weather we have been having. 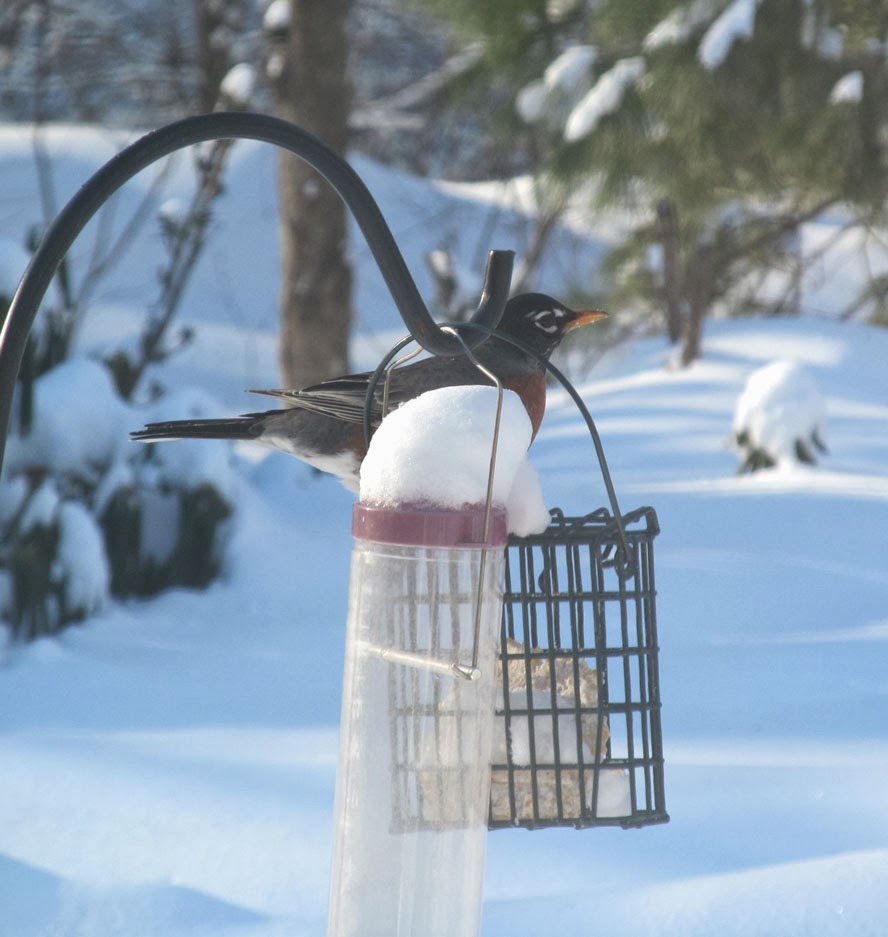 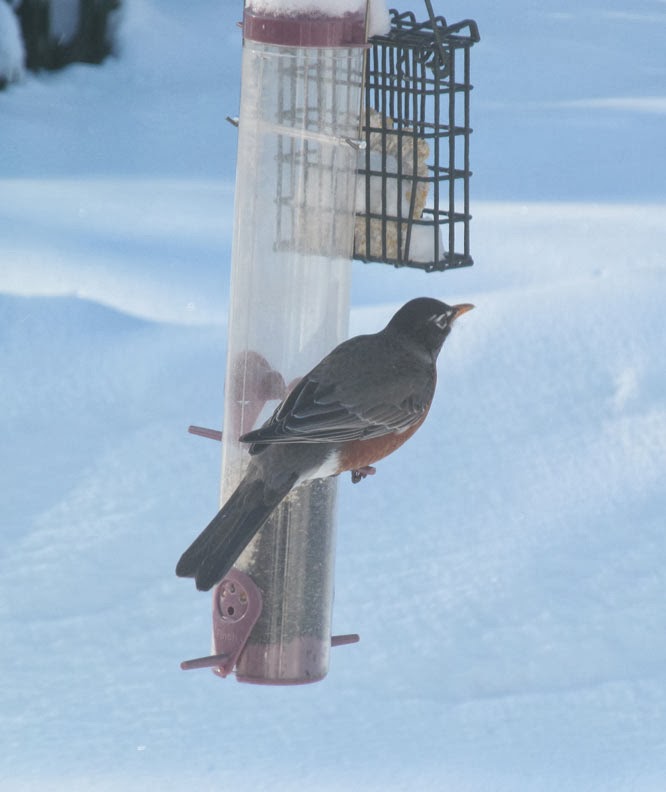 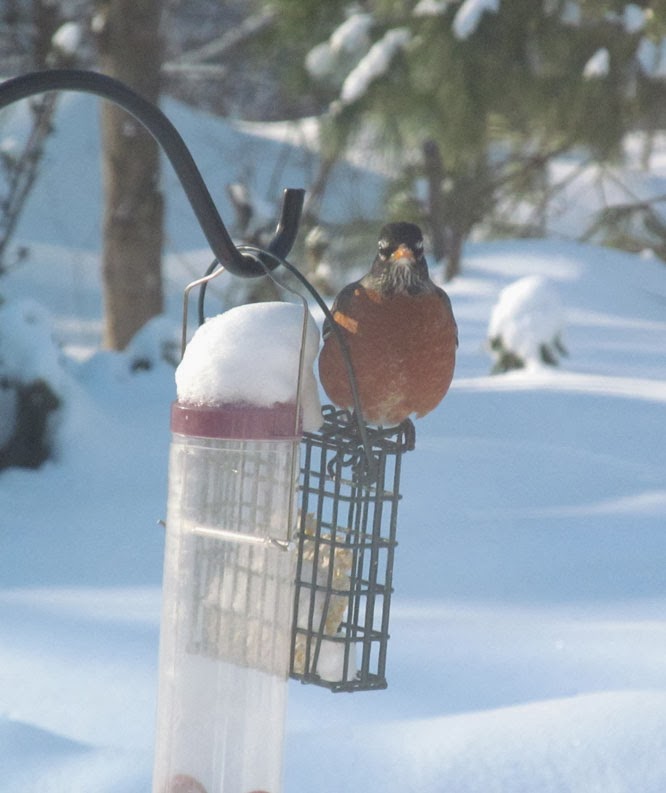