Even thought this weekend in Wiscasset was beautiful (and probably the last nice weekend of the season), indoor work was on the schedule. The floors of a bedroom and hallway were due for a new paint job. Only good part is you don't need to be on a ladder to paint floors. 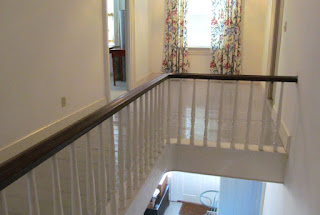 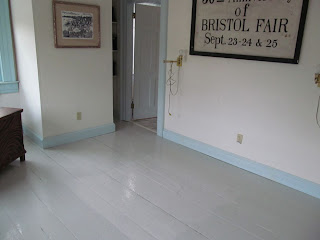 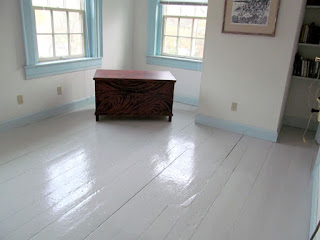 I feel so productive when projects which seem like they have been in the shop forever are finally finished and returned to clients and/or hanging on a wall. Of course the bad news is that my next post will likely be new restoration projects that have come in the door.

But this frame and mirror are now done, and you can read more about them here. 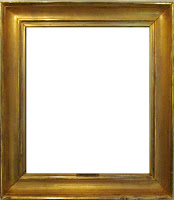 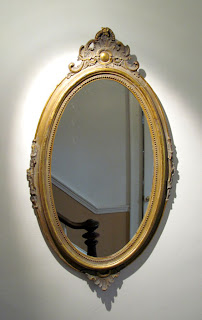 Posted by FortHill at 9:18 AM No comments:

A few weeks ago, we stopped at a yard sale and, and after some dithering, bought a molded ceiling medallion, with the idea of using it in the Wiscasset house. Simple enough, but of course, it became another "snowball" project. After painting it, and then taking it to Maine, realized that the reason for the nice depth was that it was intended for a ceiling fan, rather than a light fixture. Ok, so we'll just make an adjustment.
I had some extra lamp rod, and cut a new piece, but forgot to allow for the canopy, and didn't want a piece that just barely made it. So, off to the hardware store, where I also found a new hanging bracket that would make life easier, and I didn't even need to pick up extra nuts, as they were included with the bracket. Back to the house, where I realized that someone must have returned the bracket to the store, and I hadn't noticed the package had been opened and the nuts removed.
So, back to the hardware store, where I laid in a good supply of lamp and wiring supplies as a hedge for future projects. Finally installed, it makes a nice addition to the front hall. On to the next project! 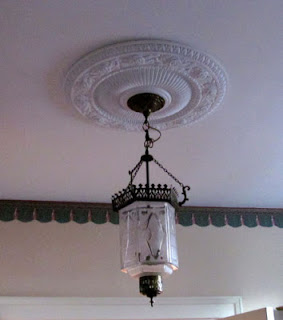 Posted by FortHill at 6:29 AM No comments:

The repairs to the steps and railings are complete (see Snowball Project) for details. 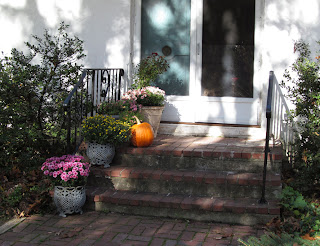 Fall color has not been that dramatic around the neighborhood. 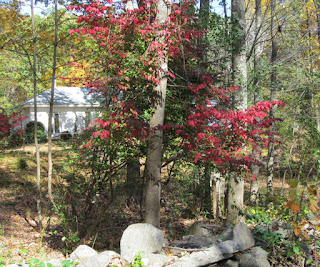 Posted by FortHill at 1:41 PM No comments:

A couple weeks ago we put the dogs in the kennel for the weekend so we would have more freedom to poke around the coast. Spent a day in Portsmouth, New Hampshire including the Strawbery Banke museum village and environs.

It's fall in New England (although today is more summer-like). 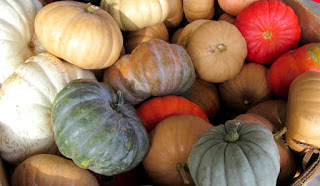 Pumpkins are at our local Trader Joe's; antique paisley shawl was washed and hung out in the breeze. 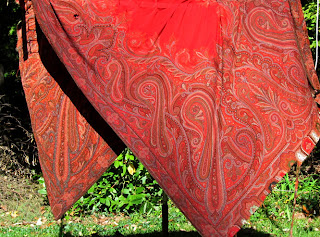 Posted by FortHill at 8:57 AM No comments: