I have just finished another version of the Salem mirror panel started in part I.

This has a number of adjustments, including color changes, and additional detail for a livelier wharf scene. I'd really like to another version, but I'm afraid that might send my very patient customer over the edge, as it has been almost a year since this project began. 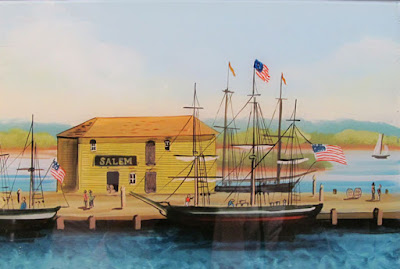 I was on a business/pleasure trip to Cape Cod this past week, and since the weather was so incredible took the fast ferry over to Nantucket. The weather next day was even better, so I went back to take more pictures.

A beautiful spot, but don't fall too much in love with it unless you have lots of spending money. Still, the convenience of the ferry lets you savor some of what the hedge fund managers have  - no charge to look! 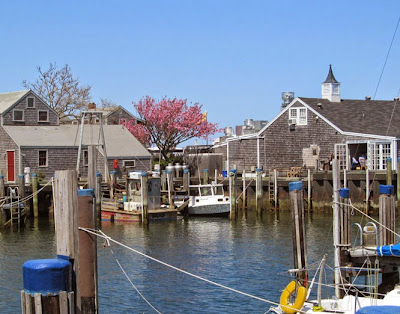 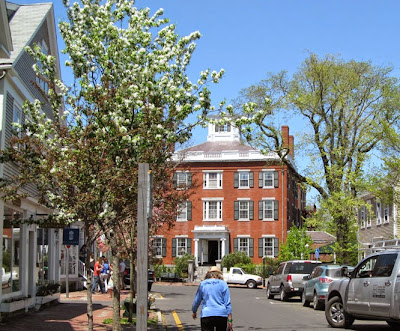 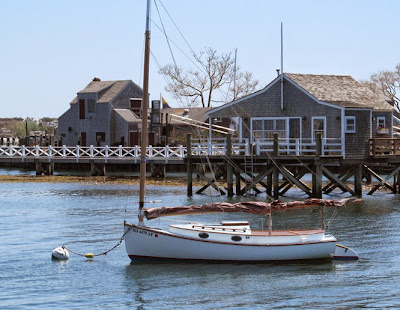 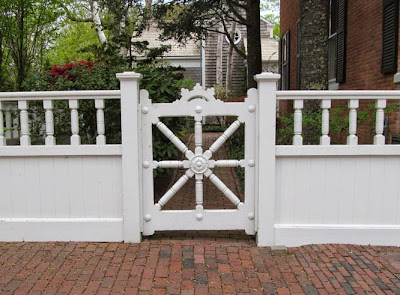 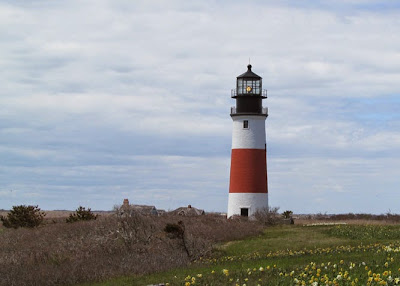 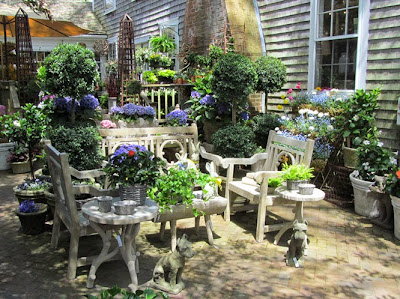 I normally avoid buying these  wood frame mirrors, but somehow I seem to be winding up with a collection of them.  This one also had the style of reverse glass painting I dislike, where the picture is done with a dotted outline, then filled in much like a child's coloring book. And while this one had the original glass panel, it was badly repaired at one point.

So, why did I buy it? Well, it was very inexpensive, and I thought it was interesting because the reverse glass painting was of a paddle wheel steam boat with the name "Webster".  Up to now I have avoided making any paintings in this style, but this was interesting enough to make me do one for my portfolio.

Looking at this, and another reverse panel I have in my collection, I tried to determine the procedure for this style. I had originally assumed that this was some form of stencil, but under close examination, it appears that the dots are applied individually (perhaps one day I will find two identical panels and be able to compare them to test the stencil theory. Perhaps one reason for using this dotted line style was that it required less dexterity with a brush to paint smooth lines, or may have simply been for artistic effect.

As usual, I began by making a tracing of the original. I applied my dotted outline by dipping the end of a bamboo skewer in the paint, then tapping out my line of dots. A look at some illustrations confirmed what should be in the "missing" sections due to the original's repairs.

While the primary goal is to document the original, in some cases, such as this, there are some aspects that are too crude or badly done to replicate. The flags had a metal foil backing (a technique known as "tinsel painting"), but the paint detail was badly done. I also wanted two of them to more accurately depict American flags. I changed the water and sky color a bit out of personal preference, but will likely change again when I do another version to place in a mirror frame.

As of now, the source of this design is a mystery.  I have found some other examples, with the same style of frame and painting, representing different steamers. This leads me to believe someone decided that this was a market niche, and whether done here, or more likely, ordered from Europe, there must have been some demand for them. It would be interesting to find out if these were actually used on any of these boats, were sold as souvenirs to passengers or crew, or simply capitalized on local interest and pride for the boats' home ports.

I contacted a historic steamship  organization, and while there were some with the name "Webster" in their databases, there was no way of knowing which, if any of them were mine. I don't have a great interest in maritime subjects, but now I'll have to keep my eye out for an image of this side-wheeler.

And for now, at least, I have another item for my collection of "mirrors I don't like".

Posted by FortHill at 6:09 AM No comments: