During a recent trip to Maine, we visited the Colby College Museum of Art. They are currently showing the Lunder collection en masse, as well as their beautifully enlarged facility. During this visit, I was paying particular attention to some of the artwork that resonated with me, and that might serve as inspiration.

I found this small oil, View from Olana, by Frederick Edwin Church, which provided some insight for the aspiring (or even experienced) artist. 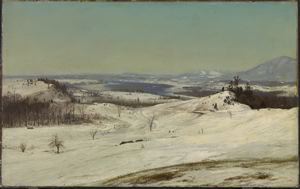 While the painting is pleasant enough, what is most important is the reason it was painted. According to the label, Church painted this view from his window almost every day, as an exercise in seeing and recording the effect of light, seasons, etc. While we may not all have the opportunity to paint from the window of a Hudson river mansion perched on a hill top, almost any subject can be approached over and over, with the artist learning a bit more each time.

Evolution of a Painting 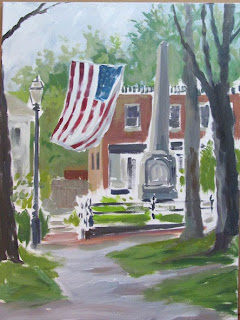 I started this on a very hot day while painting on Shrewsbury Common with the Artist Guild of Shrewsbury. It feels good to do that very quick blocking in, however, as fresh and free as it looks in that state, the more I study it, the more I see it needing refinement and correction.

These photos below show how it evolved when I took it home for further work.


It will now sit for a while, then I will make the final attack.  Will post when finished and framed.
Posted by FortHill at 1:13 PM No comments: 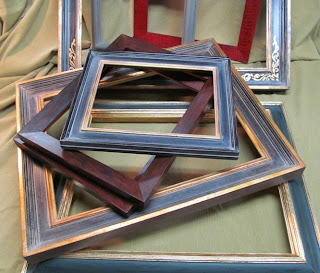 I happened to wind up with a bunch of frames in various states of completion, and everything came to a head this week. Some needed to be finished for customers, some for myself, and some got finished because it was too darn hot to go outside so I had to make productive use of my time.

Fun having a variety of stuff in the workshop. 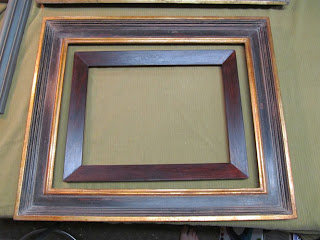 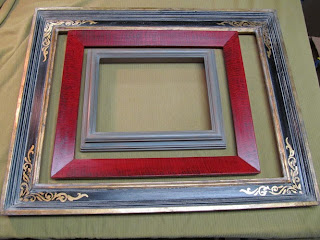 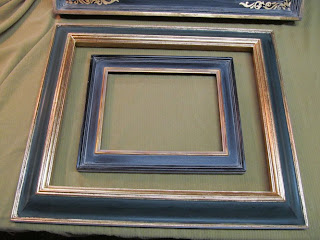 Joseph in the Junk Pile

As part of its "Paint the Town" program, the Artists Guild of Shrewsbury goes to various locations for plein air painting. This week we were at Danielson Florists, and Joseph, with his usual perverse nature, ignores the flowers and greenhouses, and instead focuses on a pile of discarded items left behind the barn. Well, it was a hot day, and this location did let me sit in the shade.

I was able to mostly complete my watercolor preliminary sketch on site, then worked up my studio version the next day.

A Volcano Under Glass

I have often seen prints and paintings of the eruption of Mt. Vesuvius. Most of these seem to have been "grand tour" souvenirs, and often depict the eruption at night - probably for the opportunity to have a dramatic lighting effect.

While browsing Ebay, I came across a mirror for sale that had a simple scene of an active volcano - presumably of Vesuvius, since it had an eruption in 1822, and would have been close enough in time to use as a recognizable subject.

The Ebay glass was far too primitive for what I had in mind, so I devised my own design, working in the style of the European scenes we find on these glasses.


I installed the glass in the mirror frame discussed in an earlier entry. This frame did in fact, appear to be an antique, that had some restoration work done at some point, with some missing components replaced, and likely an entire re-gilding. As the work is acceptable, I will leave as is.